Hillary Clinton, the supposed advocate for “children’s human rights around the world”, will soon be awarded an honorary doctorate by Swansea University, and shamefully have the Law School named after her. Many students are concerned by this development – what does she really represent?

If one scratches the surface of her liberal rhetoric, you’ll find the same contempt in practice for children around the world, as shared by political figures from Theresa May, to Clinton’s presidential rival, Donald Trump. All of these figures sing from the same hymn sheet – in defence of an imperialist foreign policy abroad, which bombs the homes of Libyan or Iraqi children, or props up economics at home which impoverish children from the most vulnerable of backgrounds.

In her voting record, we can see Clinton’s support for war to be far from ‘humanitarian’ – US intervention directly killed over 1200 children in Iraq; drone strikes killed the same number in Syria, and over 200 in Pakistan; this is just a drop in the ocean of the number of deaths resulting from the general destabilisation of the region. Infrastructure is destroyed, restricting the implementation of medical care, clean water, and food. The claim that she has an honest concern for children’s welfare is farcical.

The system Clinton represents, the capitalist system, requires ruthless oppression of the working class – this happens either in the workplace, or down the barrel of a gun. She herself has been a direct exploiter – when living in the Arkansas governor’s mansion, the Clintons kept genuine slaves from the penal system at their home. Clinton’s motivation is tied up with the exploitative and imperialist system which she is a symbol for.

The renaming of the Law School in her namesake, is not only embarrassing, but a kick in the teeth for all those men, women and children who have suffered at the hand of US foreign policy, and students from working class backgrounds, whose futures are being robbed by the system and the policies she represents. 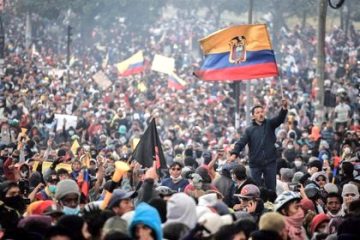