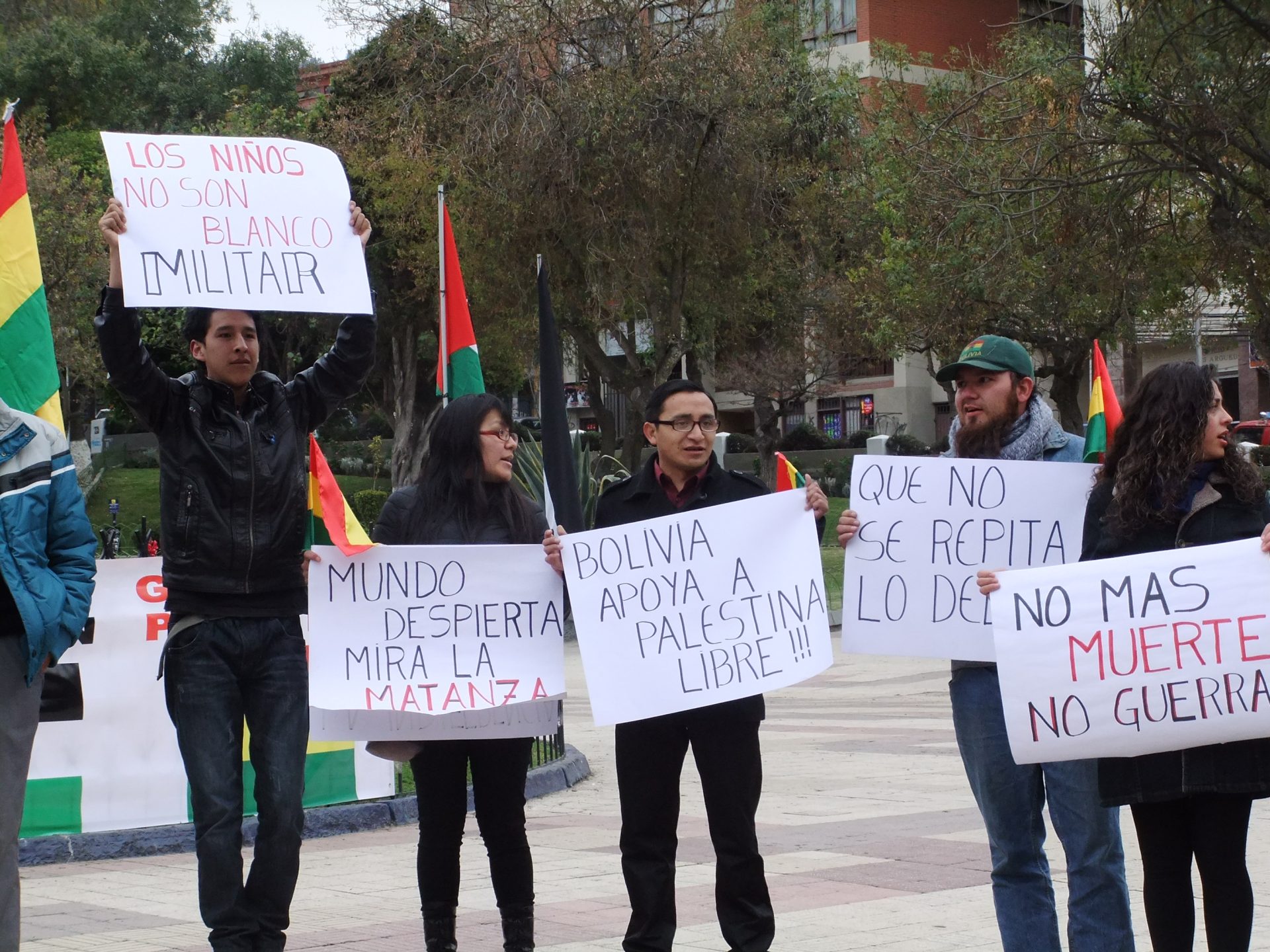 Wake up world and see the carnage

Sunday 20th July marked a day of action in Bolivia, as demonstrators took to the streets in three cities across the country to show their support for Palestine following the recent escalation of violence in Gaza. Residents of Santa Cruz, Cochabamba and La Paz joined the global call for an end to the spiralling conflict. In La Paz, where the county’s government sits, over one hundred and fifty people assembled to give speeches, chant and march through the city.

Palestine, friend, Bolivia is with you

Initially numbers were sparse, and one woman offered by way of explanation that people in La Paz tend to be indifferent to international protest. Another woman added that due to the nuances and delicacy of the situation in Gaza, her friends hadn’t wanted to attend because ‘no one’s sure what’s exactly going on’. Greater use of social media could have contributed to numbers.

No a la Guerra, sí a La Paz

The morning started with chanting in Plaza Abaroa which rallied support from passersby and numbers swiftly grew. A member of Juventud Arabe Bolivia, the protests’ organisers, made speeches to the local media outlining the injustice of Israel’s invasion into Palestinian territory, and the injustice of the forced eviction of families from their homes. After one hour, the assembled crowd marched to the US Embassy where they stood outside the front gates and chanted, with one man shouting ‘Yankee accomplices’. They returned to Plaza Abaroa and disbanded.

Around one third of the protestors represented La Paz’s Islamic community, and emphasised the need to support their relatives and friends in Palestine. Equally, those without such concrete connections insisted on the obligation to react to blatant injustice. One young woman commented that the protest was not a question of religion, but of humanity. A group of medical students underlined their message that healthcare must be supported by peace, and called for young people to join the campaign. Two prominent ideas that emerged from everyone in attendance were firstly the need to support ordinary people in both Palestine and Israel, as it is they who are bearing the cost of this conflict despite it not being in anyone’s interest except that of the people in power, and secondly the outrage at the number of children killed so far during the conflict, all on the Palestinian side.

For analysis of the conflict in Gaza see www.marxist.com 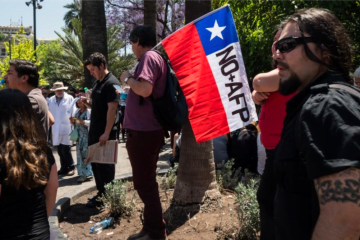 Chile: The institutions of the Pinochet era begin to creak

The Chilean bourgeois institutions, like an old rickety wardrobe, creak through all their cracks at the slightest breeze. This last month, these failing institutions have been brought to their knees, as the result of a Read more…