We joined striking university workers on the picket line in the rain this morning. Over the next few weeks, we will be posting first hand accounts from UCU members talking about why they’re on strike and how the issues around the USS pension fund, pay, and working conditions affect them. Here’s Steffan on casualisation 👇

“My name’s Steffan Blayney, I’m a postdoctoral researcher in the History department and I’m also the anti-casualisation officer for Sheffield UCU. I finished my PhD in 2017 and this is the fourth Higher Education institution I’ve worked at since then: two of them on hourly-paid contracts, two of them on fixed-term contracts. My contract ends here in a year and a half and I don’t know where I’m gonna be after that. Casualisation is an issue that affects increasing numbers of people in our union. Over half of academic staff in the UK are now on casualised contracts of some kind, and most teaching in UK universities is done by casualised staff.

I think a lot of students don’t realise they’re often being taught by people on hourly-paid, zero hours contracts. We’re really not asking for much from the employers on this, they just need to agree to a national negotiating framework and they’ve been really reluctant to negotiate unless we go on strike. That’s why we’re out here, soaking wet on a Thursday morning!”

At SOAS, the mood at the picket lines was excellent. Both UCU and union picketers are determined, energised and looking upwards. Teach outs are met with enthusiasm by both students and striking workers, with plenty of participation going on. The workers at SOAS are in an especially precarious situation, as years of financial blunders by management have pushed the institution to the brink of bankruptcy. Three weeks ago it was announced that SOAS would be discontinuing research leave, threatening to sack en masse all teaching assistants and other academic workers in precarious contracts. However, this has not discouraged workers. In fact it has emboldened them to take this action extremely seriously and prove to management that they are a force to be reckoned with. Among the topics covered by SOAS professors during teach-outs are the left movement in Latin America, managerialism and the struggle of precariousness in higher education, all taught in an engaging manner which reflects the invaluable expertise of striking staff. There have been barely any students crossing the picket line. In fact, large groups of students are constantly at the picket line, providing assistance and showing their solidarity with the people that provide their education. SOAS is rising up to the task and honouring its radical reputation. 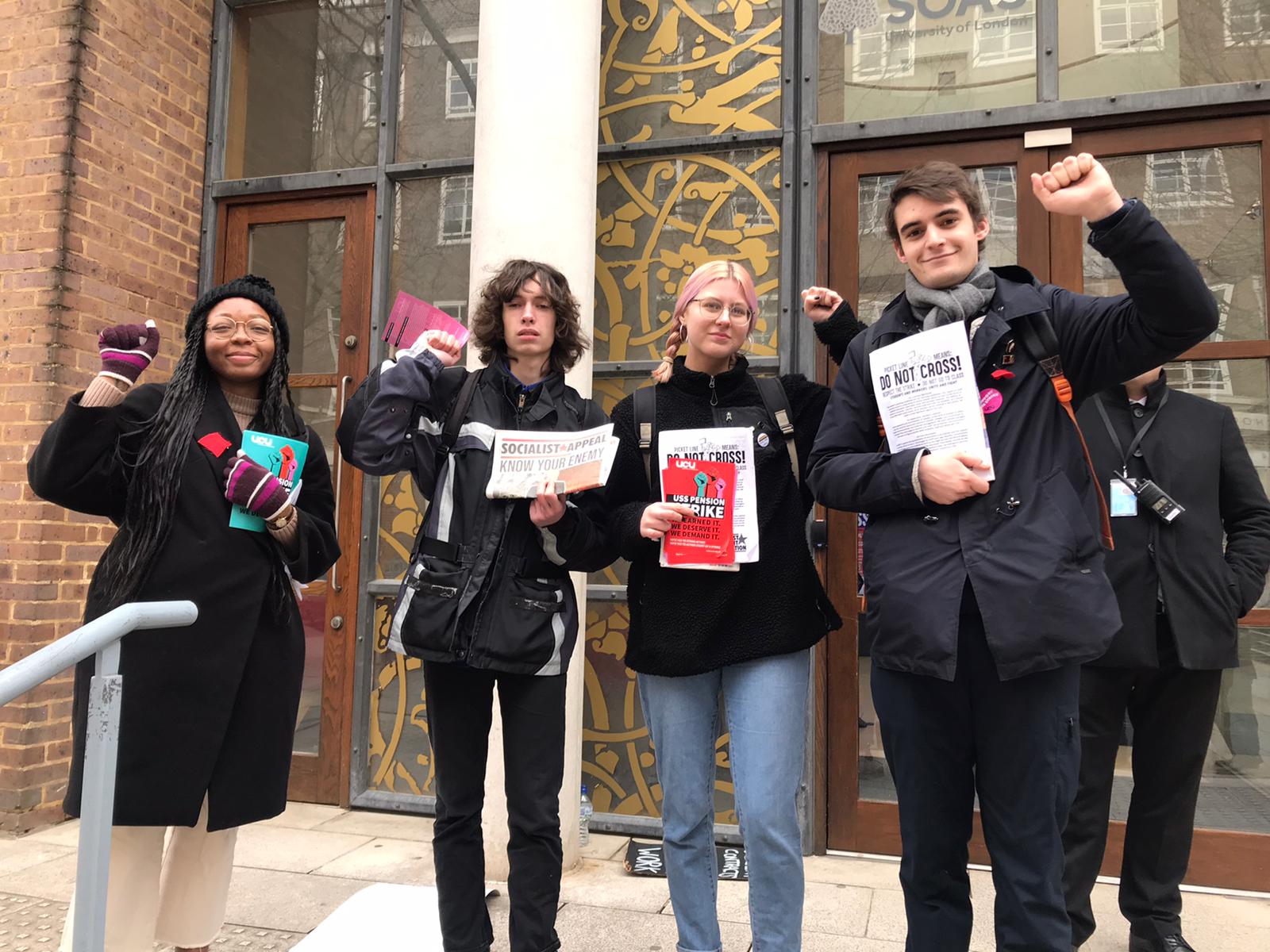 Despite the weather battering from Storm Ellen, the mood at UCL has remained determined and new layers of staff have come out on the picket lines. As one striker said, “some of the picketers are concerned about the duration of the strike, but they feel determined to plough on because the issues they are facing have only got worse since the last strike. Pay and casualisation are making life harder. There is a sense of decisiveness about this strike: either things can get a lot worse, or we can mark a strong victory”. The result is a clear desire to go further in disrupting the university. Many have learnt from the traditions of the IWGB, a union of precarious workers that held a day of joint action with the UCU back in December. The radical energy that IWGB workers display through rallies and workplace disruption is now echoed among the lecturers and staff who want to mobilise much larger numbers for the picket lines and win over students to their side. The radicalism of the strikers can also be found in the strong urge for political discussion. Informally and during teach-outs, discussions were held about the general strike in France, the world political situation, and the crisis of capitalism in which the attacks on workers’ living conditions are based in the first place. The first teach-out tackled the question of marketisation of the universities. This is a point that lecturers have used in particular to talk to students about the strikes, which are not a struggle of the ‘selfish academics for personal improvement’, but enter a broader struggle of the working-class for quality education and better living conditions. As one UCU member put: “management are particularly reluctant to come to the negotiating table because today’s strike isn’t about tinkering at the edges, but a united struggle against the whole way that universities operate, i.e. as businesses”.